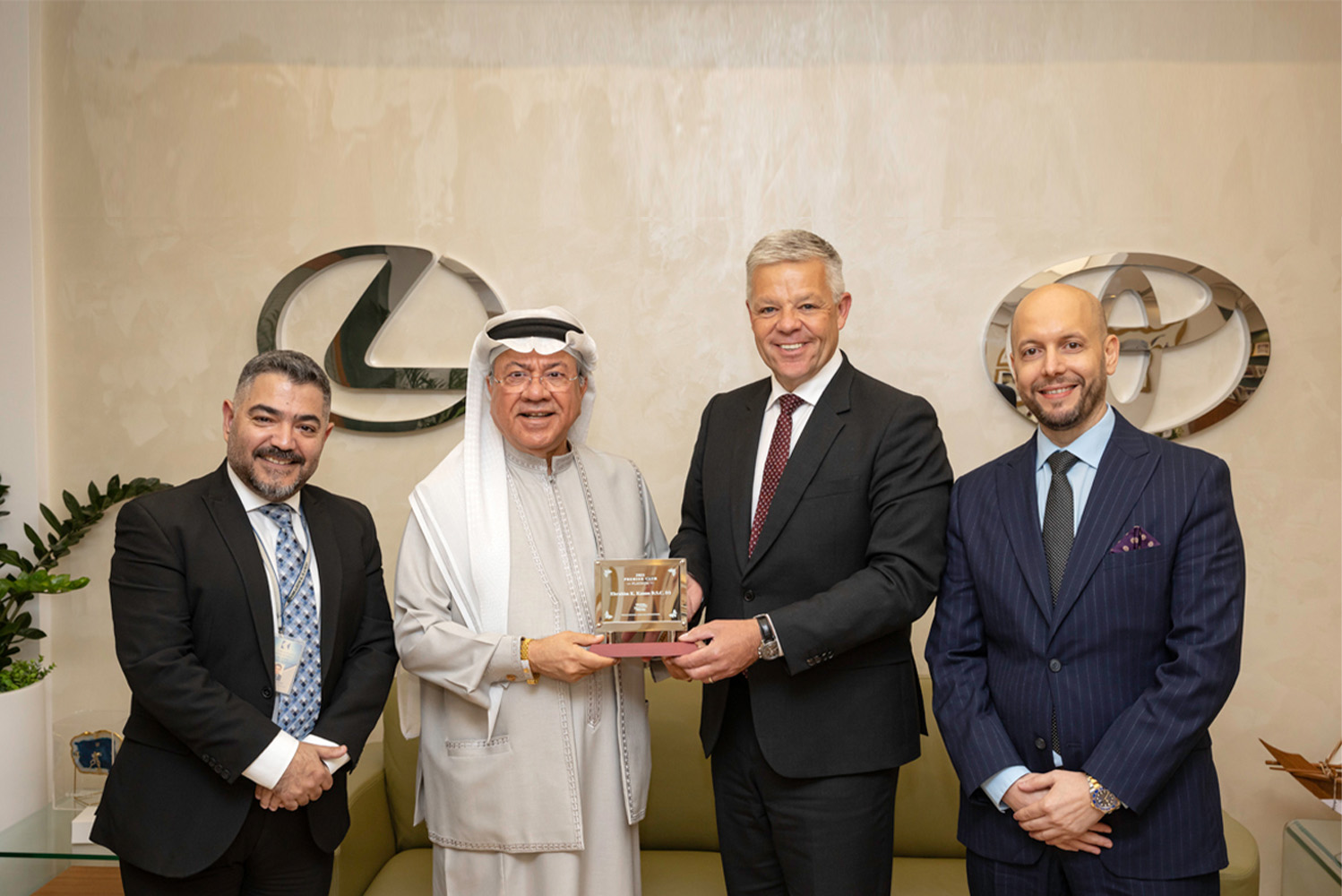 Ebrahim K. Kanoo, the sole distributor of Toyota vehicles in the Kingdom of Bahrain has won the prestigious TMHI Award for outstanding sales performance for the last three consecutive years through its Toyota Engineering & Material Handling Department.

Toyota Material Handling is the industrial equipment arm of Toyota, and Ebrahim K. Kanoo has been recognised as the top distributor in sales and customer support categories, taking into consideration equipment sales, service and parts performance and overall business profitability.

Mr. Hisham attributed the win to the constant support from upper management, Sales and Aftersales support teams’ continuous dedication as well as to the opening of the new one-stop Toyota facility that caters to all the needs of commercial vehicles in Bahrain which is considered the biggest indoor vehicle service centre in the region, not to mention the renowned quality of Toyota Products and the ongoing support of Toyota Industries Corporation (TICO).

Mr. Sam Coles, the Vice President of Toyota Material Handling International presented the award and congratulated the company on the achievement and looked forward to many more milestones to be accomplished in future, stating “Ebrahim Khalil Kanoo has always been known for its dedication and leadership, and winning this award was not a surprise for us. We’re extremely proud to have Ebrahim Khalil Kanoo as TMHI Leading Distributors.”